Having previously been puzzled, but not alarmed, the internet watched in confusion this week as /DRIVE host & producer Mike Spinelli tweeted several cryptic messages and coded ciphers. Although sources close to Mr. Spinelli have searched for a reference or meaning to the tweets, none has been surmised.

Mr. Spinelli was asked directly for comment on Twitter early Thursday morning, with the response yielding no useful information.

Nearly eleven hours passed before the next tweet was posted; a blurry image of some sort of cipher. 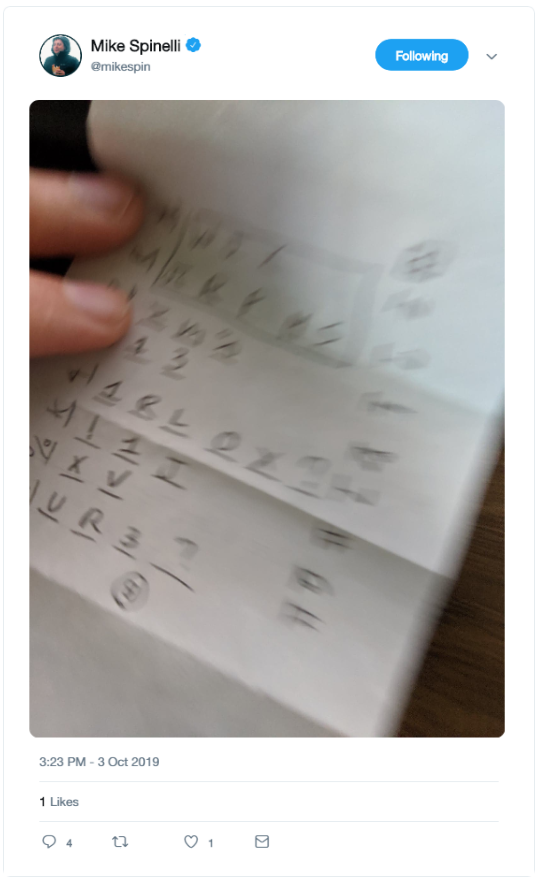 The coded message appears to be scribbled on the back of a receipt. Puzzle & cipher experts were asked to attempt to decode the text, but it appears to be based on no known type of cryptogram.

This story is still developing. Stay tuned for updates.